It is my pleasure, and my honor, as an officer of the Foundation Encyclopedia Dialectica [F.E.D.] Office of Public Liaison, and as a voting member of F.E.D., to share, with you, from time to time, as they are approved for public release by the F.E.D. General Council, key excerpts from the internal writings, and from the internal sayings, of our co-founder, Karl Seldon.

This third release in this new series is posted below [Some E.D. standard edits have been applied, in the version presented below, by the editors of the F.E.D. Special Council for the Encyclopedia, to the direct transcript of our co-founder’s discourse].

In this 3rd installment in this new series, Seldon describes the role of abstraction in Marx’s dialectical Method of Discovery of the beginning [category] for the human comprehension of a given Domain/sub-totality, and in his dialectical Method of Presentation of that comprehension of that given Domain/sub-totality, all via the example of Marx’s work in the Domain of his “critique of capitalist political economy”.

“Marx addresses what he calls “the force of abstraction” in his Preface to the first German edition of Capital, vol. I, so [Capital I., NW, pp. 7-8]:

“Every beginning is difficult, holds for all sciences*.  To understand the first chapter, especially the section that contains the analysis of commodities, will, therefore, present the greatest difficulty.  That which concerns more especially the analysis of the substance of value and the magnitude of value, I have, as much as possible, popularized.  The value-form, whose fully developed shape is the money-form, is very elementary and simple.  Nevertheless, the human mind has for more than 2,000 years sought in vain to get to the bottom of it, whilst on the other hand, to the successful analysis of much more composite and complex forms, there has been at least an approximation.  Why?  Because the body, as an organic whole, is more easy of study than the cells of that body.  In the analysis of economic forms, moreover, neither microscopes nor chemical reagents are of use.  The force of abstraction must replace both. [emphasis added by K.S.].”

“But Marx’s advocacy of abstraction in the passage above must be considered in the context of other passages by Marx in which “abstraction” and “abstractness” are objects of his withering criticism.”

“A key to ‘‘‘fruitful abstraction’’’ is to omit, from a model/theory, only what you can get away with omitting for the application at hand.”

“E.g., it is to omit details which would only “clutter up” the clarity of the thought-process and of the presentation needed to solve the problem(s) at hand, but also to retain at least some shadow of the details that belong to the core of that(those) solution(s).”

*[The character of this first line, as a fragment of a fuller sentence, may be a nod, by Marx, to the opening line of Hegel’s [dialectical] «Logik», Chapter I, BEING, A. BEING [p. 82 in the A V. Miller translation], which is not a grammatically complete sentence, but rather, a kind of lengthy, descriptive name, or noun -- per Hegel, because of the nature of the content that it addresses: “Being, pure being, without any further determination.”]. 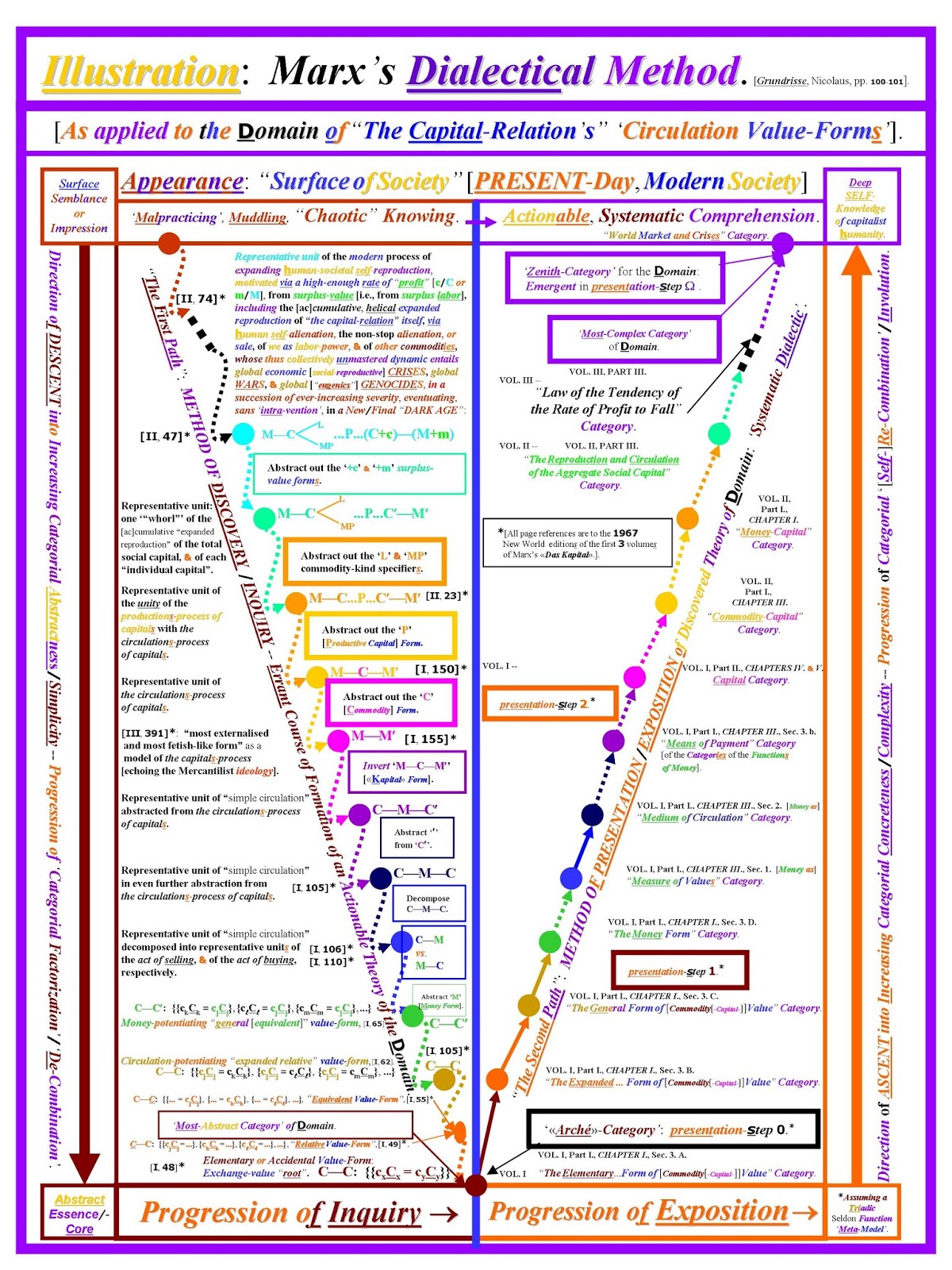 For more information regarding these Seldonian and Marxian insights, please see --