The Seldonian ‘First Dialectical Arithmetic’ as a “Non-Standard Model” of “Natural” Arithmetic.


The Seldonian ‘First Dialectical Arithmetic’ as a “Non-Standard Model” of “Natural” Arithmetic.

One of the several pathways that led Karl Seldon to his discovery of what we now term the ‘F.E.D. First Dialectical Arithmetic’, was that of seeking a ‘mathematics for dialectics’ by way of an '''immanent critique''' of standard mathematics, in the form of a “non-standard model” of the standard, ostensively “undialectical”, or “anti-dialectical” axioms-systems of modern mathematics, i.e., an axioms-system that would share, formally, e.g., the “first order” axioms of a standard system, but which would differ, essentially, in its other axioms, e.g., in its “second order”, and other “higher order”, axioms.

The logical possibility, and inescapability, of “non-standard models” was established, for Peano “Natural” Arithmetic, in the pre-mid 1900s, by the Löwenheim-Skolem theorem, and by the Gödel Completeness and Incompleteness Theorems, applied together at the “first-order” level.

The text below, written by an anonymous member of the F.E.D. research collective, sets forth this pathway to the Seldonian ‘Mathematics of Dialectics’ entire. 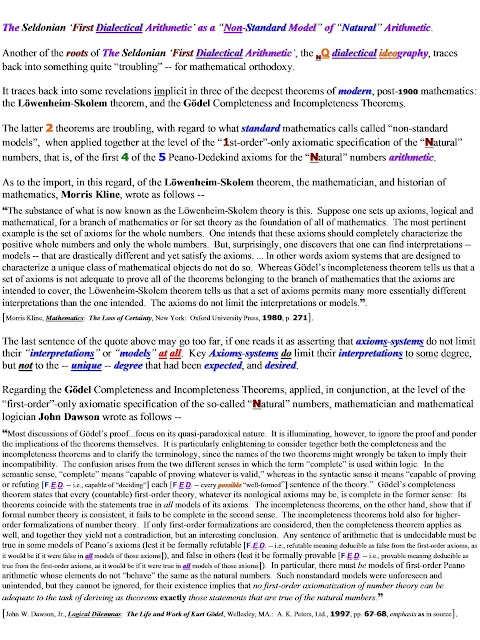 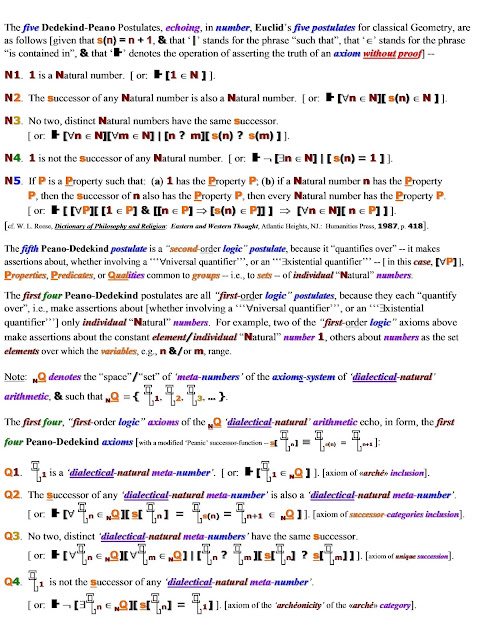 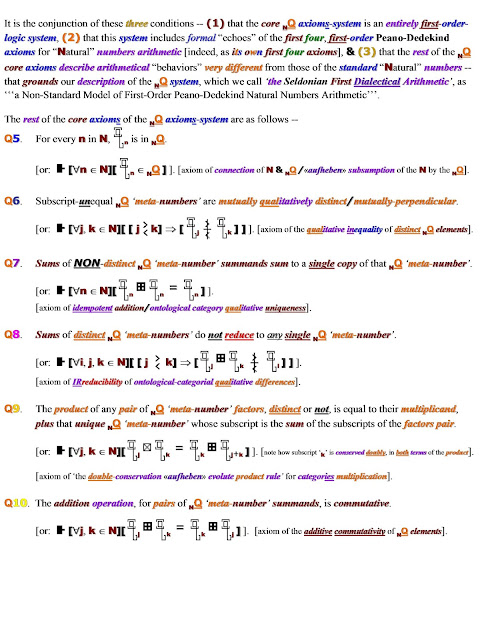 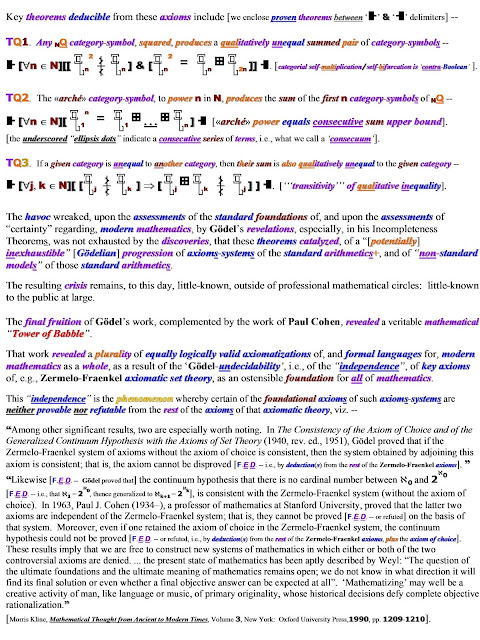 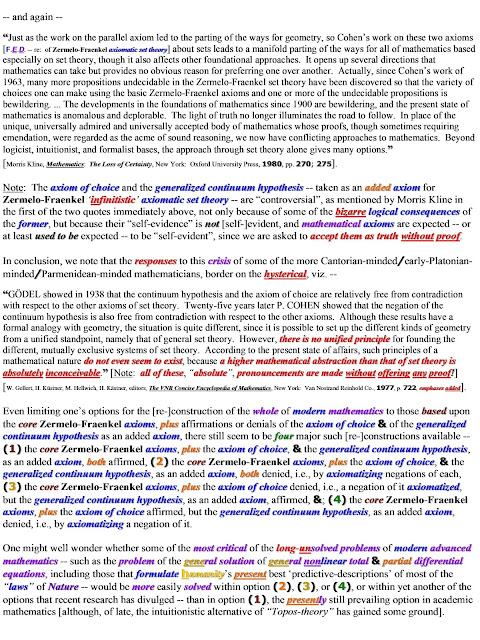 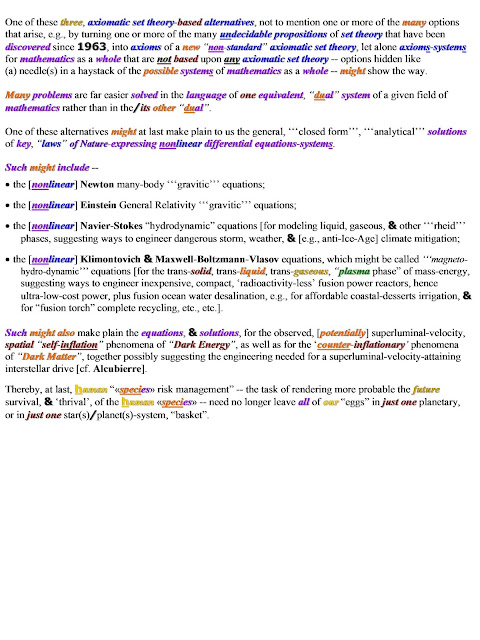