Web Dialogue on the Present Status of the Marxian Dialectic of Nature.

I have reproduced, below, for your information, my reply regarding a reader comment, about the status of the Marxian Dialectic of Nature, in response to an article on a related topic, recently posted to the world wide web.

A dialectic of nature?

Marx did begin to develop a dialectical theory of capitalism which Kozo Uno and Thomas Sekine finally completed long after Marx's death. To the best of my knowledge that is the only materialist dialectic currently available to us. In any case, no one in the Marxist/Marxian tradition has come up with a dialectical theory of nature to this date though there has been a lot of verbiage devoted to walking around the topic. I do not think it is possible to expose a dialectic of nature because nature is a radically different object than capitalism. We did not make the natural world as we did capitalism. We can come to fully grasp the dialectical logic that capital employs in its attempt to regulate material economic life and to reproduce the capital-labour economic relation in capitalist society. However, with regard to nature, our knowledge is tentative and far from complete. We are thus in no position to know whether nature operates according to a dialectical logic and, not surprisingly, no one has actually demonstrated that it has. Bellamy Foster won't demonstrate that it does. Neither will Paul Burkett but they are in good company. Many Marxists have made similar claims and failed to deliver the goods.

I am aware of a new development within the Marxian tradition that, since 1996, has developed mathematical models of numerous systematic-dialectics, and historical-dialectics, including the systematic dialectic of Marx's CAPITAL, and also the historical dialectics of the social relations of production, and of the social forces of production, that are implicit in, and sometimes partially explicit in, Marx's work.

Such "non-standard models" were foretold by some of the deepest theorems of modern mathematics [e.g., the Lowenheim-Skolem Theorem; the Goedel Completeness and Incompleteness Theorems applied in conjunction to any First Order Logic version of the Peano Axioms for the "Natural" Numbers].

However, that first explicitly dialectical system of arithmetic/algebra is part of a dialectical progression of categories/systems of dialectical arithmetics/algebras/ideographical languages, each one richer, more concrete, more complex in its descriptive power than its predecessors.

That dialectical progression of systems of dialectical arithmetic has itself been modeled, dialectical-mathematically, via an equation written in the language of that first explicitly dialectical axioms-system of arithmetic/algebra.

The Dialectic of Nature as a whole [NOTE: singular -- "Dialectic", not plural -- "DialecticS" as per the title of Engels famous ms.], reconstructed to-date, together with a prediction regarding its next chapter, have been formulated as a seventeen symbolic-element dialectical equation, using the algebra of this first axioms-system of dialectical arithmetic.

Details regarding this Dialectic of Nature model have been written up at www.dialectics.org, and also as a book, published in 2010, entitled,

A Dialectical "Theory of Everything" -- Meta-Genealogies of the Universe, and of Its Sub-Universes:  A Graphical Manifesto, vol. 0 [of 4], edition 0, "Foundations of a Unified Theory of Universal Dialectics"." 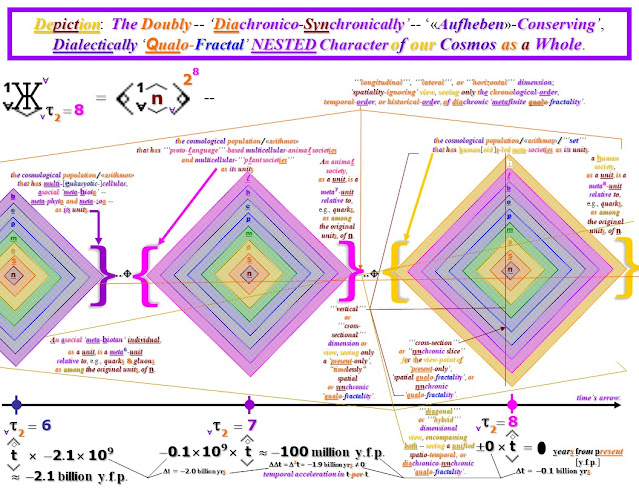 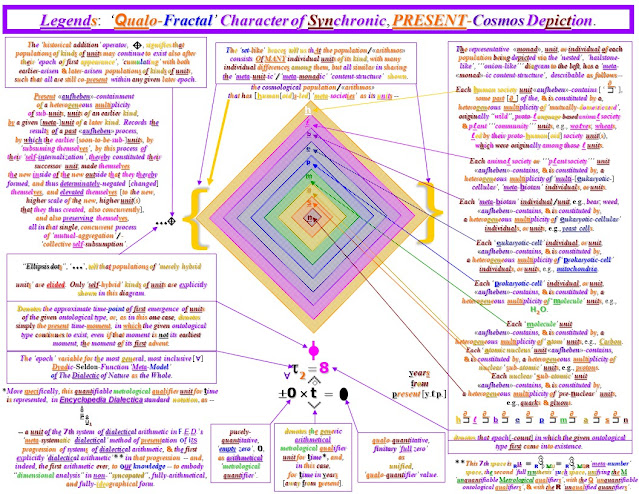