As I have noted previously in this blog, the proposals, by the E.A.G. [Equitist Advocacy Group] for the "Equitarian reforms", and for the "Equitarian social revolution", and their conception of "Generalized Equity" as the central social relation basing the successor system to the present, capital-relation-based socio-political-economic system, now failing globally, have their roots in the application of F.E.D. Dialectics to the dialectical "meta-modeling" of the historical "meta-evolution" of the human-social relations of expanding human-societal self-re-production.

Evidence for my claim of the F.E.D. provenance of the Equitist theory can be found via the following links --

I have therefore decided to include, in this blog-entry, the text of an -- unusually brief [3-page] -- summary on the present strategic situation of the human <<species>>, both vis-à-vis its explicit, outer adversary, the Rockefeller/Morgan/Rothschild "humanocidal" plutocracy, and also vis-à-vis its inner adversary:  ideology [in Marx's sense], that the E.A.G. has been circulating as a leaflet at rallies of the "Occupy Wall Street" / "People's Assemblies" movements that I have participated in recently.

The Capitals-System No Longer Works, Even to the Extent It Once Did

This concentration of money-power has concentrated real political power in a handful of plutocratic, humanocidal crime-families -- power that escapes all existing democratic-constitutional, merely-political checks & balances -- as these plutocratic families prostitute the executive, legislative, & judicial branches of government at all levels to their “Big Money”, & assassinate those leaders who they cannot prostitute.

These ruling plutocratic families then apply their concentrated political-economic power to attack a growing threat to that power inherent in the later competitive capitals-system itself: that of an accelerating technological obsolescence depreciation. "Techno-depreciation" destroys the capital-value of their capital plant and equipment, & of its products, in industries they directly own [e.g., oil], & induces defaults on their banks’ humongous loans for capital plant & equipment to other industries’ owners, whom they control, in part, by such debt. The improved products/productivity that this "techno-depreciation" process reflects betters life/reduces life-cost for most of humanity, but is anathema to the "1%".

Plutocracy’s Reaction to the Above-Defined “Techno-Depreciation” Threat to their Power:

(1.) In the “periphery” of the core capital-based countries [US/UK/Europe], the plutocracy moves to –


(2.) In the core capital-based countries [US/UK/Europe], the plutocracy moves to – 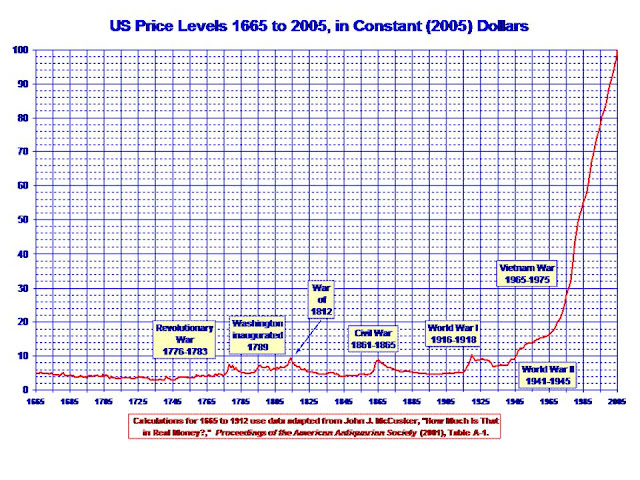 
By:  The Equitist Advocacy Group.