Fundamental Hypothesis Regarding the Dialectical Historical Dynamic of Modern History.

Fundamental Hypothesis Regarding the Dialectical Historical Dynamic of Modern History.

¿How do we grasp, at the highest level, the unity and totality of modern human history, of capitalism?

Below is my rendition of the core of the F.E.D.’s answer, based upon the work of Karl Seldon.

The passage below mentions a [new, ‘qualo-quantitative’] “metric” for Marx’s fundamental concept of “the social forces of production”.

That metric, and the breakthrough in dialectical social science that it represents, has been scheduled for public release, by the F.E.D. General Council, under advisement from the F.E.D. Special Council of Psychohistorians, for a target date in the month following this month.

Thus, that metric is not constructed herein, but I plan to construct it for you in a blog-entry that I am planning for next month.

The turn, from the ‘‘‘ascendance-phase’’’ to the ‘‘‘descendance-phase’’’ of the capital-centered system of social relations for the reproduction of human society is driven by the growth of the human social forces of production to a level beyond that at which core, concentrated-ownership industrial capital, hence capitalism itself, can be profitable for its core ruling class.

Thereafter -- after that turning point -- the superficial appearance of core, concentrated-ownership, core-ruling-class-owned industrial capital profitability, and the economic enforcement of that superficial appearance, can only be maintained by drastic and draconian measures, measures which increasingly squander, destroy, and reverse the historic growth of the human social forces of production, which increasingly ‘‘‘de-industrialize’’’ the geographical capitalist core, and which also otherwise compromise and impair human social reproduction, and which thus, more and more -- and at an accelerating rate, as this ‘‘‘descendance phase’’’ of modern society ensues -- reduce the combined, Darwinian, human-Genomic, and ‘Meta-Darwinian’, ‘human-Phenomic’ fitness of the human species, impending a ‘descendance-phase denouement’ of ruling-class-imposed [self-]extinction of that human species.

That is, the psycho-socio-political-economic phenomena that are the consequences of that turning point transform the once-progressive ‘ascendance-phase ruling-class’ into a hyper-degenerate, ‘descendance-phase ruling-class’, characterized by contradictory ideologies which can be described as ‘Human Anti-Humanism’ [‘‘‘local’’’ historical name:  “Eugenics”], ‘Capitalist Anti-Capitalism’ [including protracted suppression of capitalist industrialization in the capitalist “hinterland”, the “periphery” of the geographical capitalist core, creating the “Third World”], and inverted, perverted application of the lessons of the human-social sciences developed in the ‘‘‘ascendance phase’’’, so as to reverse human progress by reversing the growth of the social forces of production [‘‘‘local’’’ historical description:  ‘Anti-Marxian Marxianism’].

This 'hyper-degenerated' ruling class thus promotes, in stealth, policies of police-state, totalitarian state-capitalism, and of “Eugenics”, i.e., of genocide -- of global wars of mass extermination, of global multi-genocide; of both overt and covert, stealth genocide, and of catastrophic, Neo-Malthusian “population reduction”.

This 'hyper-degenerated' ruling-class does so, eventually, in part, via its promotion of various varieties of “People Are Pollution” ideology, of new anti-progress, anti-science, anti-“technology”, ‘descendance-phase ideologies’, such we have seen ‘‘‘locally’’’-- a plutocracy-funded global resurgence of Dark Ages Religions, of Neo-Luddite “Back-to-Nature”-isms and “Neo-Primitivisms”, of “Small-Is-Beautiful”-isms [i.e., of ‘Weak-is-Beautiful-ism’ re:  the collective political power of the working-class to defend itself against ruling-class-imposed contracted social reproduction], of voluntary self-destitution of the working class for the sake of “The Environment”, of “Zero [i.e., negative] Economic Growth” for the global majority / working class, of “Zero [i.e., negative] Population Growth” for the global majority, of Animalism, etc., etc., ad nauseam.

In sum, this 'hyper-degenerated' ruling class -- in order to maintain its rule against the ‘technodepreciation’ of the core-capital-value economic foundation of its power; against the overthrow of its foundation by the growth of the social forces of production -- is hell-bent on imposing a new, neo-feudal Dark Ages upon the majority of global humanity, with the core of that ‘descendance-phase ruling-class’ as the ruling, New Dark Ages neo-/pseudo-“aristocracy”.

However, this New Dark Age is likely, contrary to the demented intentions and the ‘hyper-unrealistic’ expectations of the ‘descendance-phase ruling class’, to quickly become a permanent, ‘Final Dark Age’ for planet Earth -- one which not even the ‘exo-human’ planetary biosphere can survive -- in the form of a rapid, self-imposed extinction of the human species, including of that ‘Neroan’, ‘Caligulan’ ‘descendance-phase ruling-class’ itself, albeit itself so included contrary to its/their will.


When a sun-like star -- imprisoned by the ‘self-force’ of the ‘self-destiny’ determined by its own, inner ‘intra-duality’ [its ‘‘‘dialectical internal contradiction’’’] of self-caused, self-gravitational self-contraction, and of its opposing, self-contraction-induced core fusion thermonuclear self-expansion -- converts ~all of its core Hydrogen into core Helium, and begins to “burn” the Helium “ash” that remains there, it leaves the “stellar Main Sequence”, enters its ‘stellar descendance phase’, and heads toward stellar death.

Like such a sun, modern society, capital-centered human society, when the ‘intra-duality’ of core capital no longer “nets-out” on the side of “self-expanding value” [Marx], through the reinvestment of surplus-value into new constant and variable capital, but, instead, begins to “net-out” on the opposite side, on the side of “self-contracting capital-value” [Seldon], due to accelerating ‘technodepreciation’ of high-fixed-capital-composition core-capital, modern society too enters its ‘‘‘descendance-phase’’’ -- enters a decline in its ‘social self-reproductive self-force’, a decline in its social-reproductive fitness, which likewise destines it for self-destruction.

Luckily, human societies -- evolved later than, and, consequently, at a higher ‘meta-fractal’ scale of ‘inclusion complexity’ than, stars -- contain greater ‘‘‘degrees of freedom’’’ than do, more deterministic, stars, so that there is still hope that we humans can pull out of the tail-spin of our ‘‘‘descendance phase’’’ as capital.

To start “pulling out”, and “pulling up” from our present and longstanding tail-spin into a New/Final Dark Age; to restart human progress; to resuscitate/regenerate human social reproduction, to begin to re-grow the human social forces of production -- the very ‘self-forces’ of human, social self-reproduction, of human-social ‘self-productivity’ -- we must, collectively, ‘human-Phenomically’, learn something fundamental, yet new [to us].

If and when enough of us do so, then humanity can leave capital behind, i.e., we can subsume it, «aufheben» “contain” it, “contain” its dangers, and move on -- move up -- into the first-ever Global Renaissance of humanity, a renaissance of humanity as “the associated producers”, the producers of a re-accelerated growth of the social forces of production, the ‘self-producers’, the producers of a newly-growing planetary, ‘planetized’ humanity, expanding beyond our planet.

“Overcome, we, the Iblis within ourselves, and the cosmos will be our canvas.”

“We ourselves will be our works of art.”

“We ourselves will be our work of art.” [Karl Seldon]. 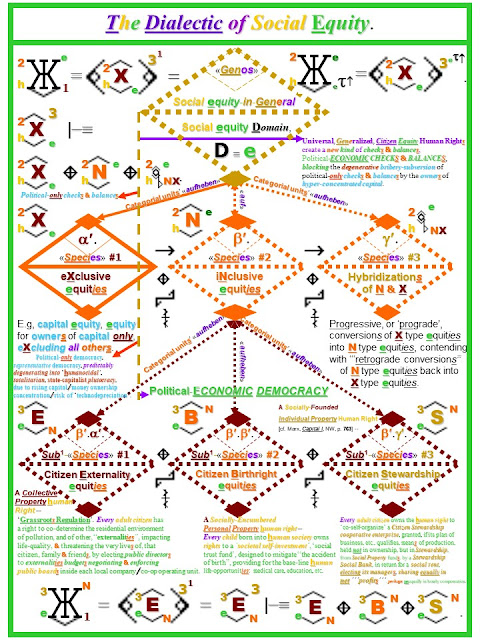 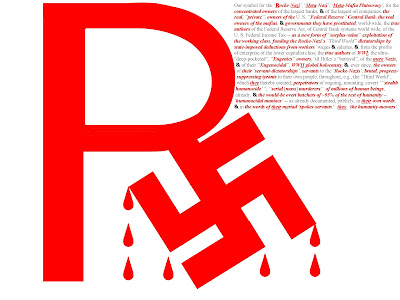